Introduction Statement: Art is to be seen, experienced, heard. I use various styles to storytell, give a voice to a cause, experience the beauty of our world. It is time for me to let go of my favorites to you; their audience and potential custodians. Kia ora, Tepora Watene 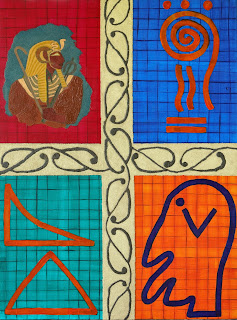 IN LIEU OF OF FEES

A year or so after I sustained a head injury I decided I'd had enough of constantly falling over from poor balance, so I went to see a local Chiropractor.  The treatment was progressing well however whilst I had A.C.C. cover and assistance, I couldn't afford to keep going. My Chiropractor said, 'what about your painting?' I thought he meant I could pay from the sales of my art and replied, 'oh I wish, but art is not selling at the moment.' To which he answered, 'why don't you paint me something?' He shared with me his love of Salvador Dali's surreal art and showed me Dali's painting 'Christ of St John on The Cross'.  At the time I did not know of Dali's works (I know! How could I not be familiar with Dali?) The artwork I did for him is pictured below.

Last year I found myself in the same predicament, this time with my Neuro-psychiatrist, as my head injury is no-longer covered by A.C.C. So I proposed painting a work of art for him. He kindly accepted and I am now working on my version of a painting by New Zealand artist; Brent Wong, who is also a surrealist.

MY SUGGESTION TO YOU

The next time you find yourself unable to pay for the fees of a professional, propose doing a commission for them. Not everyone will be favourable (I tried this with a Solicitor to no avail) but you'd be surprised how many do accept your offer.
DEBORAH MCKENZIE Unknown at Tuesday, March 04, 2014 No comments:

The Power of Art

Concept; Something thought or imagined, Broad principle affecting perception and behaviour, Understanding or grasp, Way of doing or perceiving something. (The Encarta Dictionary: English, U.K.)


Art gives the viewer the opportunity of seeing a ‘subject’ from a totally different perspective, it provokes thought; the viewer is free to interpret or judge it in any way she or he desires.  Art being thought provocative instigates discussion, debate and new ideas. This being so an artist has the ability to ‘make changes’ to social thinking.

Take notice of the differing attitudes people have. For example, on Facebook today the various remarks about a photo of people looking at Ad Reinhardt’s Exhibition at the David Zwirner Gallery in Chelsea New York; 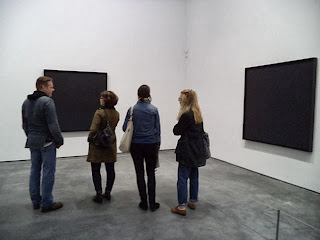 ‘Deeply contemplating against a wall with a black square on it WTF?’

‘They have more patience then I do...I'm not a person to tell someone else that they can't enjoy/define what is art for them, but if I wanted to look at black rectangles, I could just stay home and stare at my television while it's turned off - LOL!’

‘It's like when you reach the dead end in a maze, you can't progress from this point, so it's telling the viewer to go back, to regress or to say WTF!? Hehehe’

Do you think the people who made the above comments were ‘closed’ or ‘open’ minded? Did they ask themselves, 'what is the artist's message?'

Open to Concepts: My journey as an artist requires me to be open minded. Initially I researched the history of art, the old masters, renaissance art and so forth. Then contemporary art; with visits to libraries, Art Museums and Galleries. About 3 years into this journey after being disillusioned by the art-works of previous winners of my local ‘Contemporary Art Awards’, I contemplated using the contents of my studio rubbish bin as ‘installation art’ for the 2008 awards. I didn't for I feared being rejected. Silly I, for the winner was... 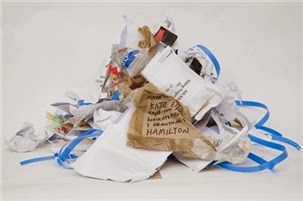 A well known local artist interviewed in the TV news described the results and work as being ‘rubbish’. Yes, it was ‘rubbish’, but no-one was saying anything about what the artist was ‘saying’, the message he was conveying. I'm glad he entered this piece and not I, for at the time I was an unknown artist, my version probably would have been rejected. Dane Mitchell is known for ‘pushing the boundaries’, he has an international reputation, he is accepted in the art world, he has made his mark.

The Power of Art; Whether Music, Sculpture, Paintings, Writing or film; art has the capacity and strength to influence people and their actions. Even more so, it has the power for political and social change, the artist who chooses to use this power has a serious responsibility.

‘Last year the editors of 'ArtReview' magazine named the Chinese dissident 'Ai Weiwei' the most powerful artist in the world.... In China, Ai—a brave and unrelenting critic of the authoritarian regime—has spent time in jail, was not allowed by the government to leave Beijing for a year and cannot travel without official permission. As a result, he has become a symbol of the struggle for human rights in China, but not pre-eminently so. He is too quixotic a figure to have developed the moral gravitas of the great men of conscience who challenged the totalitarian regimes of the 20th century.’ Dated September 2012.

It is written ‘the meek shall inherit the Earth’, in the state that it is in right now and the direction it is headed, there won’t be much earth left for the meek. More people are needed to make a change to benefit not only Mankind but also the Planet we inhabit.


I am sure there are other individual artists or groups who are like minded. I'd like to hear from you. Let us unite to use the power of art to create a better world, a world with a future that provides hope for all. Kia kaha toi toi, kia ora,Tepora Watene.

PS: If you are going to make a comment could you please elaborate and define what you mean when using expletives,(see first comment) and to what the expletive is referring to, or even better still, if you don't have good English language skills enabling you to using better adverbs and adjectives other than expletives, don't comment. Otherwise, we'll all know what kind of skills you have as an artist, .... You can think of your own expletives to fill in the gap.